Last night we had a bereaved family over for dinner. They also lost their eldest daughter. It was incredible to be able to talk about soccer in one breathe and each of our daughters ashes in the next. Foods we like to eat and how they spend their daughters anniversary/birthday each year. None of us grimaced at comments… or felt sorry for each other. I think both families hurt for each other.. understand the sorrow.. but all having our own pains.. it somehow seemed to level out. They are 7 yrs further down the road then we are so they were able to give us their experiences over a few years time. That was helpful. There youngest is the same age as Jennifer.. her school “boy friend”. I worried about the age difference since all 4 are older by a few years than our kids.. But so selfishly hopeful for the relationship to grow for our kids sake. 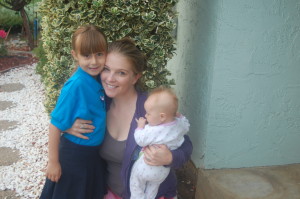 I wish I took pictures of them..our everyday goodbye sissy at school ritual… hugs and kisses . The way she hugged them each day was different than it had been in the past. It was a real older sibling hug… a I’m looking out for you hug…and I need you a little too hug.. Jennifer was going to look out for the rest of them at school.. take care of them. They lost that too. Having some big kids on campus when they start elementary school would be great… other kids with a sister in heaven. Jennifer’s friend. I whispered to her about their daughter a few times before she died. We looked at her picture together on snow day.. While we listened to he cousins enjoying her snow outside…(exactly what she wanted…even had me move her to the side of the couch to hear better.. ) during that time I introduced her the best I could to a little girl I am hoping she is holding hands with in heaven.

That I am hoping are proud and happy that their families got together to share a meal. I talk to her too.. that little girl in heaven.

I talk to a couple other dead kids once in awhile.. that’s a sentence I never thought I would write..

At bed last night Jonathan asked about her… asked to see a picture of her. I think he wants to meet his sisters new friend too. 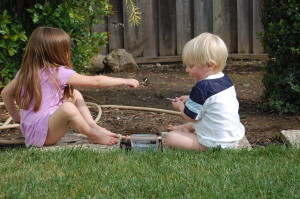 We had an amazing play date this morning. Mud fun for the kids. How often they dug in our backyard. Sometimes they were allowed to and sometimes they got in trouble for it… what a waste those times of upset with them were… what harm did a little digging in the mud do anyways. I am glad I take a lot of pictures.. my guilt alters my memory and I had forgotten that I did actually let them play in the mud quite a few times.

It was a fine time for me as well. I wasn’t angry… or overly sad.. but I think maybe it was the start of that road that my day is ending on..

I longed for her. I looked at the kids jumping in the mud.. and my boys holding back.. I knew what was missing.

She would have jumped in. Gotten a mess in a princess dress. And her brothers would have followed.

I yearned for her.

Driving home Tony and I were laughing at Nicholas copying Jonathan.. I remembered telling Jennifer when Jonathan was copying and driving her crazy, not to worry… soon Bubbas (what we call Nicholas) would be doing it to Jonathan driving him nuts.  Talking with Tony about those memories .. .

I ached inside.. A forceful pull… a current just beginning ..

I never thought she wouldn’t get to be here to see it happening to Jonathan.

I turned to Tony

” I can’t believe she is dead. That she is never coming back”

We drove the rest of the way in silence.. lost in our own manageable grief.

Later in the day I dropped Tony off for a guys night with some of our family. Its good for him. He needs the social interaction. The kids and I headed to a friends house.

I just missed her. simple. pure..

I laughed with my friend about Charlotte taking just 2 tiny steps…until food comes out .. then she took a good 6-8 steps to get to the food… Jennifer would have laughed with us. She was just getting to the age to want to be with the grown up ladies once in awhile.. starting to understand what we laughed about ..

She’s not here though. . not the way I want her here at least.. I cant share a laugh like that with her. Or see her leading the kids up the stairs. Just a space… a missing piece. Nobody can see it but me I think..

today… it was quietly noticeable.

Now as I write.. sorting out my feelings from the day I am crying. Not sobbing. Not buckled over. Just tears.. constant flow.

We came home to dinner being dropped off. Its so helpful. Cooking.. shopping.. feels like a domestic chore I will never again be able to conquer. Thank you so much for all the help!! 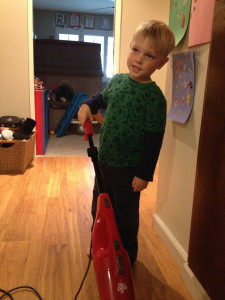 After we ate the boys cleared their places and vacuumed for me. We just got this thing and its way easier than the handheld one for them.. she would have loved to have done it… at least a few times! I love how they want to help me. I am trying really hard to find more ways to let them.. to empower them. Even if its not done right.. they feel good doing it. Again a thing I wish I had taken the time to do while she was still here..

My boys have been doing good things.. making us proud .. Jonathan wore a “best big bro” shirt the other day… he wasn’t acting like it and I told him it was a privilege to be a big brother and he needed to earn that shirt. It seemed to sink in for him. Today he looked out for Nicholas when he fell and was crying.. he has been trying to solve problems with his little brother the way Jennifer did… .how much he loves that I let him pick up Charlotte.

Every time a new person came around Jennifer asked to walk around carrying baby Charlotte.. Every time we were at school she asked to hold her sister so her friends and other moms could see her.. My Mom thought I was crazy to let a 5 yr old carry our newborn.. she was right.. but I am glad I let the crazy win out..She was so damn proud to do it. Now Jonathan has that same look on his face. I think she would be proud of him. To see how much he has grown up since she has been gone. Stepped up.

I hope it truly feels good to him. I hope is happy. Well as happy as a 4 yr old can be with a dead sister/best friend.

Nicholas is starting to show signs of his struggle.. I will write on that another night.. Jonathan has been trying to level him out though. .. We aren’t perfect. By any stretch but we have been raising some really good kids. I hope we have the stamina to continue that through this grief. 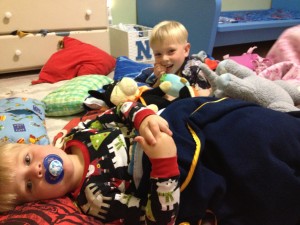 Tonight at bed Nicholas picked out christmas jammies.. Jonathan’s old ones…Their favorite ones they wore when they shared a room…Twinso jammies she called them. The boys asked to sleep together on the floor. They put her stuffed animals in between them, to share her. .. Jonathan’s idea. And covered up with one of her blankets..

When we got that call on Monday…the new prognosis...we came up with a literal bucket list. We were so careful not to just think about her… that was what we thought of for Jonathan. That he wanted all of us to sleep in the same room together. We were for sure going to make that happen.. No regrets right?!?

I kissed them goodnight .. came out here 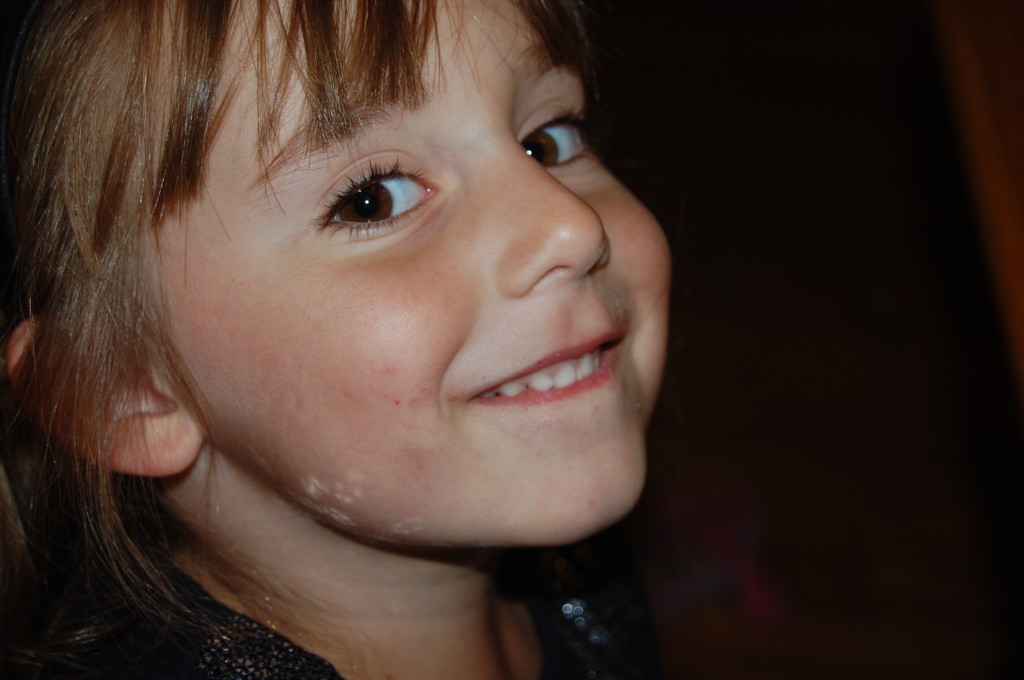